Chinese demons, monsters and other beings

Here you will find a comprehensive list of demons, devils and assorted supernatural nasties - as they are known to the Chinese. This way, when you are blasted into the abyss by an evil sorcerer, you will have the names of your tormentors at your disposal! (As long as you have wi-fi access and remember to follow this blog.)

Read on, but first, as the saying goes: "报上名来, 免做无名之鬼!" (bào shàng míng lái, miǎn zuò wú míng zhī guǐ, "Tell me your name, so you will not be a nameless ghost! [after you are slain]")

Some of the creatures below are mentioned in the various "Novels of the Weird," (志怪小说 zhì guài xiǎo shuō), that gained popularity in the period of theWei, Jin, and Southern and Northern Dynasties (魏晋南北朝 wèi jìn nán běi cháo), roughly between 220-589 C.E.

During this time, Buddhism was becoming popular (having been introduced in the first century C.E.), Daoism was burgeoning, and Daoist and Confucian ideas were combined into a kind of metaphysical study known as 玄学 (xuán xué, literally "study of the mysterious"). Persian and Greek influences were also seeping into China, so the whole place was awash in myths, legends, superstition, religion and all things mystical and magical.

Other monsters are from the ancient text, the Shan Hai Jing (山海经 shān hǎi jīng), or "Classic of the Mountains and Seas." The author and date of this book are not known, but it is thought to be at least two thousand years old. It is more of a geography book than a list of creatures; it describes known and unknown areas of "China" (such as it was back then) and the inhabitants of those areas, some of whom are monsters.

Additional beings are described in the 4th-century tome, "In Search of Spirits" (搜神记 sōu shén jì) by Eastern Jin Dynasty Court Historian Gan Bao (干宝 gān bǎo). "In Search of Spirits"(or "Records of the Search for the Supernatural") is a compilation of stories and accounts of otherworldly creatures and encounters.

鬼 - guǐ - ghost. This is an important character in supernatural lore. It is part of a lot of other characters that have to do with ghasts, ghouls and ghosts, usually found on the left side of the character, e.g. 魑, 魃.

地狱 - dìyù - Hell. Lit. earth/underground prison. There are Buddhist, Daoist, and other interpretations of Hell, but most agree it is not a fun place to spend an afternoon.

妖 - yāo - female demon. Also means "full-figured woman," which was apparently so rare back in ancient times that if you saw one she must be a demon. Common usage is 妖怪 (yāo guài), demon or ghost.

狐狸精 - húli jīng - fox spirit. These are typically attractive, female spirits who can assume human form and are generally associated with mischief. They can do magic and live for hundreds or thousands of years. Also used today as an insulting term for a man-stealing homewrecker.

蓝精灵 - lán jīng líng - Smurf. Okay, it's not a Chinese demon, but in Chinese it is literally, "blue spirit."

﻿
九尾狐 - jiǔ wěi hú - Nine-tailed fox. A magical creature that lives in the Qing Qiu Mountains. It "sounds like an infant and can eat people." (according to the Shan Hai Jing). Not to be confused with the "Cat-o-nine-tails."

魑魅 - chī mèi - Chimei, a malevolent demon that lives in the mountains. Don't make it angry.

恶魔 - è mó- demon. Fairly generic word for your basic run-of-the-mill evil demon or devil. Another similar word for demon is 恶煞 (è shà). The first part of both words is 恶 (è), which basically means "evil." Evil is made up of two parts: 亚 yà - (ugly) and 心 xīn (heart).

魈 - xiāo - Xiao, a one-footed mountain-dwelling fiend. It has one foot, a big head and a small body and attacks people at night. What a jerk.

夔 - Kuí - Kui. A one-legged demon of Chinese mythology. Not to be confused with the Xiao, but who knows how to tell the difference?

魃 - bá - Ba, a powerful demigod that can cause droughts. Also known as "Han Ba," 旱魃 (hàn bá). (旱 hàn means drought). Not clear if it is a demon or an actual god.

无支祁 - wú zhī qí - Wu Zhiqi, an ape-like water demon. He is as strong as nine elephants, with a white head and green body. However, he is not much of a threat today since he was defeated and chained up by the legendary Yu the Great (大禹 Dà Yǔ), who lived in the 21st century BCE. Yu the Great is best known for Taming the Great Flood (but he was possibly just an irrigation specialist.)

﻿
孙悟空 - Sūn Wùkōng - Sun Wukong, the Monkey King, the Great Sage, Equal to Heaven. Another famous monkey, Sun Wukong is the magical character from the Classic Novel "Journey to the West" (西遊記 - Xīyóujì). This book also features tons of demons and creatures, and really deserves its own post at some point. Sun Wukong was recruited to help the Tang Dynasty monk Xuan Zang (玄奘 Xuán Zàng) on his pilgrimage to India to retrieve Buddhist scriptures.


鹣 - jiān - Jian, a mythical bird with only one eye and one wing, so that only a pair of them can fly (often used in phrases to describe people who are in love and inseparable, eg: 鲽鹣 diéjiān - "a flounder and a Jian-bird," meaning a harmonious and affectionate couple. Um, okay.)

僵尸 - jiāng shī - zombie. Along with the noodle, gunpowder and the dumpling, China also claims it invented the zombie. According to Daoist lore, zombies are dead people whose "limbs are stiff, heads do not lower, eyes do not slant, legs do not separate, and the corpse does not rot." One account says the Yellow Emperor's daughter was cursed by the emperor's legendary rival Chi You, (蚩尤 Chī Yóu) and became a zombie.
﻿

白泽 - baí zé - Bai Ze, a legendary beast-god. The Bai Ze resides in the Kunlun Mountains. Its entire body is white and it can speak human languages. It knows the name and appearance of every type of demon, monster and ghost in existence - and more importantly it knows how to defeat each one. He told this information to the Yellow Emperor (黃帝 Huángdì) in the 26th century BCE, who wrote them down in a book called the "Book of Bai Ze" (白泽图 bái zé tú). This book was lost long ago, but when it existed, it allegedly served as a kind of Field Guide to Monsters, (eat your heart out Gary Gygax) and people would carry it around so they could identify and fend off any supernatural foes they happened to run into.

貔貅 - pí xiū - Pixiu, a mythical hybrid creature that brings luck and wards off evil, having a dragon's head and a lion's body, often with hoofs, wings and tail, and covered in grey fur. It is an angry beast, due in large part to the fact that it has no anus. Doh! It can consume only money, but can't crap it out, so it is lucky to have one in your house. Or, at least a statue of one. If you come by a Pixiu statue, you should put a coin in its mouth and leave it there, for good luck. It will attract money from all over the place to eat. It is said to be one of the nine offspring of the dragon. It looks a lot like a Qilin, but only has one horn in the middle of its head.

麒麟 - qí lín - Qilin. (Same as Kirin, in Japanese, like the beer.) This sagatious chimera is mostly good, but will punish the wicked. It's depiction has varied over the centuries, but it generally has a dragon head with two horns, hooves, lion eyes, tiger back, bear waist, and snake scales. It is the steed of the gods and can fly. One theory is that it was an early name for a giraffe, probably before anyone had actually seen one, although admittedly giraffes are insane looking.

獬豸 - xiè zhì - Xiezhi. A guardian beast-god similar to the Qilin, but with black fur, and only one horn. It can speak human languages and is able to sense good and evil. It will seek out corrupt government officials, after which it impales them with its horn and eats them. Must be extinct.

鷫鸘 - sù shuāng - Su Shuang. One of the god-birds of the Five Directions, the Su Shuang resides in the West. It has a long neck, is green and resembles a wild goose, but it can turn its feathers to fur.

魍魉 - wǎngliǎng - A fairy monster that lives in mountains and streams.

鹏 - péng – Peng bird. A huge mythical bird, similar to the Roc. Sometimes used in people's names so you think they are a badass.

Wow. As I research these things, more and more seem to crop up. That is it for now. Please comment if you can think of any more I should include. Thanks for reading!

Interesting and detailed, with your fun commentary. Enjoyed it and have now adopted the name Su Shuang for my pen name!

is there any racoon demons?

Thank you, lots of fun, and useful. I needed a name for an evil female Chinese villain, I think Madame Yao will do fine. 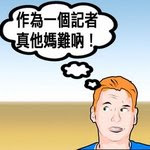